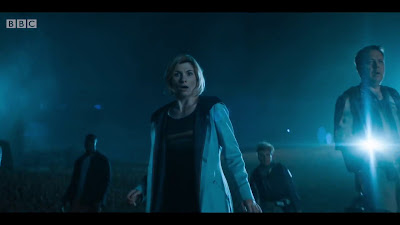 It's been quite a while since my last post and a LOT has happened since!

Trailers
There has been 2 trailers released so far, with the second one feeling better to me but both have got my excited for the new series.

By looking at the trailers and knowing anamorphic lenses are being used in Series 11, it looks as if the series will be in the 2:1 aspect ratio. This means the image is twice as long as it is tall.
However, Trailer 2 has a 2.35:1 aspect ration but it has been confirmed to be 2:1 and can be seen in a preview clip posted on the official Doctor Who YouTube channel.


This aspect ratio is becoming popular on many high-budget TV shows, such as House of Cards, The Crown, Stranger Things and The Handmaid’s Tale. It gives a cinematic look and feel on a typical 16:9 screen, without covering too much of the frame like 2.35:1 (a common aspect ratio for films).

Speaking of cinematics, the new series is looking beautiful from the trailers. The cinematography, grading, special and…
Post a comment
Read more 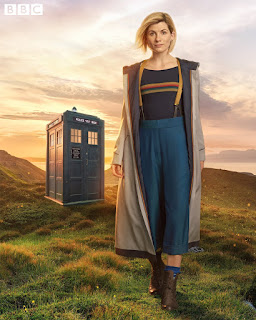 So, I've decided to have a go at making a blog. I guess we'll see how it goes, haha.

The first thing I thought I'd talk about is the 13th Doctor.

There has obviously been a lot of controversy since Jodie Whittaker was announced to be playing the part on the 16th July 2017.

There was a mixture of positive and negative feelings amongst fans. I personally don't want to make a judgement on her casting before we actually see her on-screen.

The idea of The Doctor being able to regenerate into a woman, I believe, has been around for a long time, possibly since the 4th Doctor's era or before. However, the point has been reintroduced recently with Missy having regenerated from The Master as well as The General regenerating into a woman in Series 9's finale, Hell Bent.

Moving on, the 13th Doctor's costume was revealed on the 9th November 2017.


Having been designed by Ray Holman, who designed the 11th Doctor's (Matt Smith's) first costume for Series 5 as well …
Post a comment
Read more